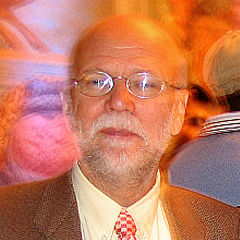 Professor of Earth Sciences and a corresponding member of the Polish Academy of Sciences, and a member of the Academia Europaea. He is a graduate of the Warsaw University of Technology (1974). He holds doctoral (1979) and post-doctoral (1985) degrees in the field of geophysics – hydrology (Institute of Geophysics of the Polish Academy of Sciences). He served as the Head of the Department of Climate and Water Resources at the Institute of Agricultural and Forest Environment of the Polish Academy of Sciences in Poznań (1990-2018), where he is currently working part-time (as of February 28, 2022) . From January 1, 2022, he is employed part-time at the Department of Meteorology at the University of Life Sciences in Poznań. He has been an Honorary Visiting Professor at the University of Science and Technology in Nanjing (China) since 2018. He worked at the Potsdam Institute for Climate Impact Research (PIK) in Germany (part-time, from 2001 to April 2016), and is currently a visiting fellow there. His most important research is focused on extreme hydrological events (floods in particular) and the impact of climate change on water resources. He was a coordinator and leading author in four publications of the Intergovernmental Panel on Climate Change (IPCC).

He was a member of the environmental (climate) advisory group in the 7th Framework programme of the European Commission, and is currently a member of the Horizon Europe Mission Assembly. He has been heavily involved in scientific cooperation (national and international), including many research projects. He spent about 15 years abroad working as a research scientist. He was a fellow of the Alexander von Humboldt Foundation at the University of Karlsruhe and a scientific officer at the World Meteorological Organisation in Geneva. For 18 years, he served as the editor and co-editor of the Hydrological Sciences Journal and a member of the editorial boards of several scientific journals. He is the author or co-author of over 560 scientific publications. His H-index is 44 (according to the Web of Science).

He was awarded the Golden Cross of Merit, the Knight’s Cross of the Order of Polonia Restituta, as well as the Great Golden Seal of the City of Poznań, the Tison Award of the International Association of Hydrological Sciences (IAHS) and two awards of the Polish Academy of Sciences. In 2017, he received the prestigious International Hydrology Prize (Dooge Medal) awarded annually by IAHS (International Association of Hydrological Sciences), with UNESCO and WMO, to a single person globally. In 2018, he earned his post-doctoral degree (habilitation) at the Warsaw University of Life Sciences (SGGW) and an honorary professorship at the University of Science and Information Technology in Nankin. In 2020, he received the Prince Sultan Bin Abdulaziz International Prize for Water in the Surface Water category, awarded globally to one winner every two years. He is one of four scientists in the world who have been awarded both the most important international water science awards (IAHS International Hydrological Award, UNESCO and WMO and the Prince Sultan’s International Water Award).